I have combined information from press conferences, news releases and other sources from yesterday and today. Anything in green is an update on something from the last one I sent out or on an outbreak. Anything in bold and italics are my comments.

If you would like to see anything that I sent out previously, or have a question on a particular topic, please ask me and I will be pleased to send to you whatever I have.

If anyone has anything helpful to add, please send it to me and I will include it. Linda

WHO has suspended the hydroxychloroquine “arm” of the COVID-19 treatment Solidarity Trial due to a study being published last week in the Lancet showing a potential higher mortality rate among severe COVID-19 patients taking the drug. They want to examine studies before continuing.

Alberta has also temporarily suspended a province-wide trial investigating its effectiveness as a potential treatment.

The clinical trial is being led by University of Calgary and University of Alberta researchers, with support from the Alberta government and Alberta Health Services.

On Tuesday, U of C professor and co-lead of the study, Dr. Michael Hill, said temporarily halting the trial is a routine decision.

“This is exactly what trial safety is about,” Hill said. “We do this all the time in trials. We review the safety routinely and we ask those questions of: is it safe to continue?”

Hill said while the decision to pause was made due to safety concerns for the public, he noted that Alberta’s trial is very different from those citing safety concerns.

“A key thing to understand here is that the trial that was published in the Lancet — while it looked at a large number of patients — it was observational and it only applies to people who are already really sick with viral pneumonia from the SARS-CoV-2 virus,” Hill said.

“We have a different approach. The trial we’re running is asking the question: among people who have just been infected, could we stop them from getting really sick?”

Hill also noted that a similar trial in the U.K. has decided to continue operations after deeming its trial safe for patients. He said that with no safety concerns of their own so far, he expects a similar outcome for Alberta’s trial.

“We’ll consider our data in the context of everything that’s happening globally,” Hill said. “I think the responsible thing to do is say, ‘There was a red flag, stop, step back and take a look.’”

Hill said the team has already met with the safety committee and will be doing so again on Friday to determine the trial’s safety.

Hill said if the trial is deemed safe to continue, some things may need to change moving forward.

“We’ll ask the question if it’s safe to continue with the current design and do we need to modify anything to ensure patient safety?” he said. Hill added that, if it’s safe to proceed, the team will also have to evaluate if the trial is feasible to continue. “Given all of the negative press, we have to ask if people will even want to be in the trial,” he said.

So far, 148 patients have enrolled in the Alberta study. Hill said, in the trial, patients are chosen at random in a 2:1 ratio to get the study drug or a placebo. He added that approximately 100 patients have received hydroxychloroquine.

Many doctors in the US have reported good results from hydroxychloroquine, however, they are not treating people who are very sick with COVID-19; they are treating people immediately or shortly after they have been diagnosed.

In addition to its actions in Hong Kong, China has been increasing efforts to dominate in areas. It has been busy in the South China Seas also. China created two new administrative districts to govern islands in the Spratly and Paracel chains that are also claimed by Vietnam, Malaysia and the Philippines. China has made it known that any resistance will be crushed. Guns were aimed at a Filipino anti-submarine corvette earlier this year.

In another border dispute along the Line of Actual Control between China and India, patrols have faced off at four different locations in the past month.

Japan’s coastguard has recorded a consistently high number of Chinese ships in Japan’s territorial waters. Some in Japan believe conflict is inevitable, and that China is making the same mistake Japan did 80 years ago when it engaged in World War II in an effort to take the western Pacific by force.

Canada finally joined in a rebuke of China following China’s actions in Hong Kong. Canada’s former ambassador in Beijing, David Mulroney, said that China has to follow through with action if Beijing enforces its new Hong Kong law. It remains to be seen if the Prime Minister will take action. On Monday, he said “it will be important for the Chinese government to engage in constructive conversations with the citizens of Hong Kong.”

Just to keep this in perspective:

COVID-19 affects 213 countries and territories around the world.

Up-to-date information is available at Canada.ca/COVID-19

A Canadian military report released today describes horrific conditions at five long-term care homes in Ontario. One home used narcotics to sedate patients who were scared about being confined to their rooms during the pandemic lockdown. Two residences were infested with cockroaches and residents were left in soiled diapers and filth for weeks. In one of the homes staff took hours to respond to cries for help after residents had fallen out of bed. Another home was force-feeding residents, causing audible choking, and one death is being looked into. The report outlined failure to properly use PPE, even by doctors, as well as staff moving between infected and uninfected patients without changing PPE. In addition, infected patients were in rooms with uninfected patients.

All of the homes but one are owned by private, for-profit companies. Eatonville Care Centre and Hawthorne Place Care Centre are owned by Rykka Care Centres. Orchard Villa in Pickering, where 69 residents have died of the virus, is the home under investigation for a resident choking to death while being fed lying down.

The other two homes are Altamont Care in Toronto and Holland Christian Homes in Brampton.

Residents’ families have been trying to alert the provincial government to problems at the homes, but the full extent wasn’t known until the military was called in to help at the homes.

The report was given to the federal government on May 11, but not released to the public until today. Prime Minister Trudeau called the report “disturbing” and said he had not seen the report till last week, but did not explain why the report had not been publicly released sooner.

At the Lafleche long-term care in Shawinigan, where 44 residents died, there was staff shortages and lack of PPE. The highest death toll in Quebec was at Sainte-Dorothee, in Laval, where 92 have died. In Sainte-Dorothee, employees with COVID-19 symptoms were required to show up for work. All staff were not issued masks even though physical distancing was not always possible.

36 military personnel working in the homes have also contracted COVID-19.

Revera is being sued by families of residents of McKenzie Towne in Calgary where Alberta Health Services had to take over running of the residence after large numbers of residents became ill with COVID-19 and many died. Revera is owned by the federal government.

The NDP supported the federal Liberals in suspending the regular sitting of Parliament for four months, over the objections of the Conservatives and Bloc Quebecois.  The NDP also supported a motion to shut down debate. The deal with the Liberals was for a pledge that Prime Minister Trudeau would work with the provinces toward a new national system of 10 days of paid sick leave.

The deal allows the Special Committee on the COVID-19 Pandemic to meet 4 days a week until June 18, only to discuss the pandemic.

Current Parliamentary Budget Officer (PBO) Yves Giroux and former PBO Kevin Page are raising questions about a section of the deal that will limit a House of Commons review of billions of dollars in new spending to no more than 4 hours. The new spending announced by the government, up to over $150 billion so far, as well as any more spending, must be approved by the House on June 17, after no more than 4 hours of debate. The current and former PBO are concerned that there will not be sufficient time to provide information to MPs and for questions to be answered in such a short period. The deficit is likely now at $260 billion.

No details have been provided on the proposed sick leave, such as whether it would be paid for by the federal or provincial governments or by private employers.

Alberta Legislature to Resume Sitting May 27

Unlike its federal counterpart, the Alberta Legislature is set to resume work on May 27.  Jason  Nixon, Government House Leader said that “…the need for government to be laser-focused on job creation, creating certainty for industry and protecting vulnerable Albertans has never been more acute. These will be our main goals as we ease into relaunching the province.”

At least 10 pieces of legislation will be introduced, including affirming parental rights to make important choices about their children’s education, strengthening public safety and cutting red tape.

MLAs will continue to practise physical distancing while in the chamber, and will ensure democratic accountability while making every effort to reduce contact between members.

After asking people not to visit for the last two months, Banff is welcoming visitors once again. A section of Banff Avenue will be shut down from June 5 to Sept 11 to allow more space for pedestrians to physically distance. Not all restaurants and businesses are open yet. And the National Park facilities are still closed.

The number of active cases, hospitalizations and people in ICU continue to go down.

There have been 22 new cases today, making 714 total active cases. 6,048 people have recovered.  Only 45 people are now in hospital, and 5 remain in ICU. There has been 1 more death, a woman in her 80s in long-term care in the North zone.

I am including smaller towns within counties, where I can get the information.  The total of each smaller town is also included in the country total. If there is a town I have not included that you would like to see, please let me know and I will see if I can get that info. Sometimes more than 1 town is lumped in together or not separated from the county figures – for example, Penhold, Blackfalds and the area around Red Deer is included in Red Deer County figures.

View all posts by awialberta 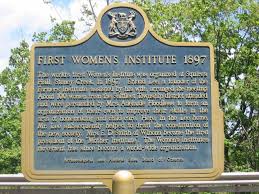 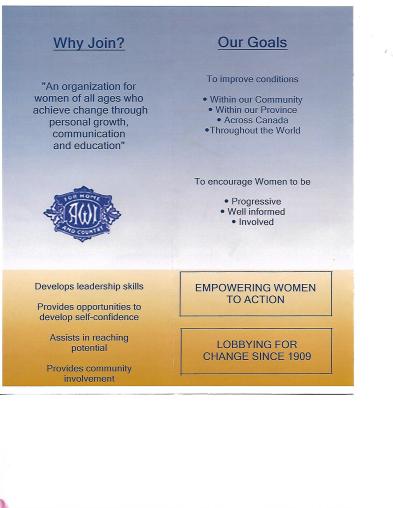